“Plagiarism is globally recognised as a serious academic offence” (The Lancet) 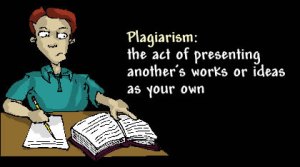 After one decade of tricks, scientific misconduct and corresponding mass-publishing and mass-advertising in the media, «tobacco «control»» researchers at war against the ««waterpipe»» (i.e. the Middle East Peace Pipe) are progressively abandoning, one by one, the myths and hoaxes which contributed to their fame [1-2].

In an attempt to save their face in the light of their scientific bankruptcy, they have first abandoned the “1 hookah = 100 cigarettes” (or more…) “equivalence” [3-4]. This has been politely done, in British English… and the usual way: sweeping the confessions under the carpet. The antismoking Addiction journal, strongly connected with the pharmaceutical industry, was chosen for this purpose [5]. Big Pharma is known for commercialising nicotine “replacement” tools such as patches and gums and medicines like Chantix and others. The war Big Pharma has been waging for one decade against the MEPP has a simple explanation: it is the non-addictive and much less toxic bubbling rival of the cigarette; in other words, an economic competitor of its indispensable “archenemy” Big Tobacco…

Most recently, a pseudo-scientific pseudo-objective “debate” took place between antismoking anti-MEPP researchers themselves in the same above-mentioned journal. One of the “participants” was Thomas Eissenberg (chief author with Alan Shihadeh and Wasim Maziak of the WHO calamitous report on the MEPP; a “scientific” report whose two first sentences contain two errors…) who shamelessly took the opportunity to request more funds for “future” “research” [6-9]:

-as if his wasting (and his two colleagues’ too) of US taxpayers’ money for one decade in an attempt to “nip [the MEPP] in the bud” (sic) were not enough… ;

-as if he (and his two colleagues) were engaged in an endless mass-publishing-or-perish race- (“to boost their CVs”)…;

Another noticeable intervention in the ““debate”” was that of Olivia Maynard and coll. who set about abandoning other widespread myths spread over the past decade by their own colleagues: e.g., the popular belief in the higher toxicity and ““nicotine” addiction” potential of the Middle East Peace Pipe (vs. that of cigarettes)[9].

Maynard et al have actually put forward “objections” coming from our own literature since it is the only one having exposed from an early dated the above fallacies. The evidence can be found in a long series of peer-reviewed academic publications (including the first critical reviews and pioneering studies on CO poisoning, cancer risk in relation to the MEPP, etc.) on this issue as early as 1998 [2]. If we had to mention only one, it would be the recent 1000 word paper published in the British Journal of Cancer. Such an article gives anybody a clear idea of the scope and size of such fallacies [10].

However, any reference to this literature is absent in Maynard’s list of cited authors. Consequently, such a scientific misconduct based on paraphrasing our own arguments (published in diverse biomedical journals) qualifies for a blatant form of “plagiarism”. According to common definitions (COPE, Elsevier, etc.)[11-12], “paraphrasing” is actually viewed as a clear form of plagiarism:

“Reproducing someone else’s ideas while not copying word for word, without permission and acknowledgment of the original source” [12]

Readers familiar of our scientific integrity-driven critical literature will immediately note how Olivia Maynard et al’s paper matches the definition of plagiarism. The other readers may simply pick one of our publications (e.g., a further paper published by the two authors of the first aetiological study on hookah smoking and cancer [13]) and judge by themselves.

[3] ABC News. Should Government Crack Down on Hookah Lounges? By Mikaela Conley, June 1, 2011

Thomas Eissenberg: “Smoking from a hookah during a typical 45-minute session is equivalent to smoking about 100 cigarettes”

[4] ASH (Action on Smoking and Health). ““Shisha 200 times worse than a cigarette” say Middle East experts””. 27 March 2007 (prepared by Martin Dockrell)(accessed 13 June, 2008) [based, among others, on an interview with Wasim Maziak and Alan Shihadeh, respectively heads of the US-“Syrian Centre for Tobacco Studies” and US-American University of Beirut centre]

Sub-heading: “Three leading experts from across the Middle East have warned that excluding “shisha bars” when England goes smokefree on July 1 could worsen the grave inequalities in health that already affect ethnic minorities”. (note: none of the experts was working or living in the UK…).

MORE ON PLAGIARISM IN BIOMEDICAL RESEARCH and in relation to the Middle East Peace Pipe:

-Chaouachi K. An open letter against plagiarism and plagiarists. Tabaccologia 2009; 1: 46-7 [English and Italian]

behind the greatest manipulation & confusion of all times in biomedical research…

The MEPP cannot be but “dangerous”…

Thanks to “Plot Theorist” Edward Snowden

for exposing the greatest totalitarianism of all times (email snooping of all citizens of the world…): "I do not want to live in a world where everything I do and say is recorded”

“No one shall be subjected to arbitrary interference with his privacy, family, home or correspondence, ... Everyone has the right to the protection of the law against such interference or attacks.”

Most Govts Silent ’cause Doing the Same…

My journey with Parkinson's ... a natural approach!